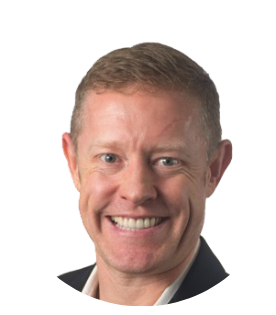 Welcome everybody to the RealAtom lender podcast series, where you will learn about the lenders on the RealAtom platform and the organizations they represent. My name is Tyler White, a RealAtom’s head of sales. RealAtom is the industry’s number one lending as a service technology platform and power in commercial real estate lenders like banks, credit unions, and non-banking organizations to generate more CRE loans. Today, I have the pleasure of introducing Taber LeMarr, the Head of Origination at Trident Capital Partners. Taber, thank you for taking the time to present to us today. Let me pass it over to you to kick things off.

Great. Hey, thanks for having me Tyler. Excited to join your podcasts here. Trident Capital Partners is a new kind of startup – hard money lender. We’re based in Scottsdale, Arizona we’re active throughout the Southwest region, Arizona, California, Colorado, Utah, and Nevada, and in Texas. We’re really gaining traction over the last six months. We’ve closed one deal a week over the last five weeks and with a strong pipeline. So, you know we’re just looking to source good deals and, and that’s kind of how we connected, we like the RealAtom platform and I’ve received some good leads through it.

Let me give you a quick background on our company. There are four of us here in the office. One of the senior partners here Justin Ferrandi has over 30 years of experience in the debt space. A lot of ground-up construction you know, worked with a lot of home builders, doing some development, you know, finished lot plays, you know, and some of the more complicated ground-up construction types of product. Another partner here is Jim Strickland. Jim used to work at a Yam capital for Bob Parsons and his private debt platform worked for a little bit. And then he kind of branched off with Justin and they started Trident Capital. And another partner, Bryce Molder. He recently retired from the PGA tour guys in his early forties. And he kind of handles our investment relations. He’s in charge of raising the money and once we get a deal teed up, so, and then myself you know, just in charge of trying to bring in good deals for our guys to fund. So that’s kind of a quick snapshot of our group. You know, we are direct, you know, we are not, we’re not a broker wherever we’re a direct lender. So yeah, it’s kind of wanted to run you through a couple of deals we’ve done recently to kind of give our audience a better idea of what we do, you know, we’re you know, we’re typical bridge lenders, hard money lenders. You know, what separates us from, from the rest of the group? You know, we do ground-up construction, which a lot of other lenders don’t like to do. So, you know, here’s a deal we did down in Maricopa. Arizona says, you know, some people would consider this a smaller tertiary market. How do we feel comfortable with this? You know, it’s in our backyard in Arizona. It’s an up-and-coming market with a lot of good metrics. So, you know, this is a ground-up construction for an office building. The developer had an investment grade tenant in tow that the city of Maricopa, which has a strong credit rating. So this is kind of a no-brainer for us. You know, we went to 72% of the cost and most importantly, where we were and how we won deals. This was a non-recourse deal. So a lot of our developers, seasoned guys you know, prefer to pay, you know, eight and a quarter percent interest there as opposed to 5% with their bank where they have to sign personally.

So that’s kind of how we won this deal. We love the multi-family product. This was a deal here in Phoenix. This was a multi-family acquisition with a heavy rehab component. The suite came in, we gave 67% of the loan to the cost. Once again, non-recourse so, you know, the developer didn’t want to have to sign personally. So you know, mid-eights interest rate, all of our rates are in that kind of low eighties to high 9%, depending on the product type. We rarely get into those double-digit rates sometimes on land, but that’s about it.

Here’s another multifamily deal, you know, how, and why do we win deals? You know, most importantly, it’s a surety of clothes. You know, a lot of lenders like to talk about it being our clients, you know, this was a two-week closing, the borrower’s bank kind of left them at the alter was asking for old K ones from 10 years ago which kind of spooked him. And that’s when he reached out to us, a strong borrower was this one, he was willing to sign personally when we have to move in 10 days we typically look for our borrowers to sign personally on that. And we were able to climb the capital stack on this one and go up to 80% which is pretty aggressive.

Here’s another deal: land loans. So that’s kind of what separates us from a lot of the competition. We’re not afraid of land. We have a lot, our senior principals here have a lot of background in entitlement work and dealing with the city councils and whatnot. So this land deal here in Phoenix had a hospitality component as well as a multifamily component. So obviously a good infill piece that we feel really good about.

Here’s kind of a general snapshot of our kind of different product types and different asset classes we lend on. Obviously, you see the range for the land we’re kind of in that nine to 10% range on interest loan to value loan to cost and that 50 to 60% range, we can go a lot higher on leverage on stabilized income-producing properties.

So you’ll see that multi-family product. We typically land anywhere between 78 and 80% of their total costs. And yeah, so I mean, as far as, you know, flexible deal structures, we’ve structured anything from a six-month loan all the way out to two years with extension options. Depending on the deal we don’t require we don’t have prepayment penalties which kind of separates us from the rest as well as no appraisals required, that kind of enables us to move quickly not get bogged down by all the red tape and whatnot. So, yeah, Tyler, that’s kind of a quick rundown of what we do.

I love it, Taber, that was, that was great information. And thank you. A special, thanks to you Taber for taking time out of your day to present to us, and special, thanks to Trident Capital as well. If you’re interested in speaking with Taber, please do not hesitate to contact him directly. If you’re interested in speaking with me between episodes, feel free to shoot me an email at Tyler@RealAtom.com. And if you’re interested in learning more about RealAtom or the lender podcast series, please visit our website RealAtom.com. Thanks again, Taber, and thanks to everybody for tuning in. We’ll see everybody in the next episode.